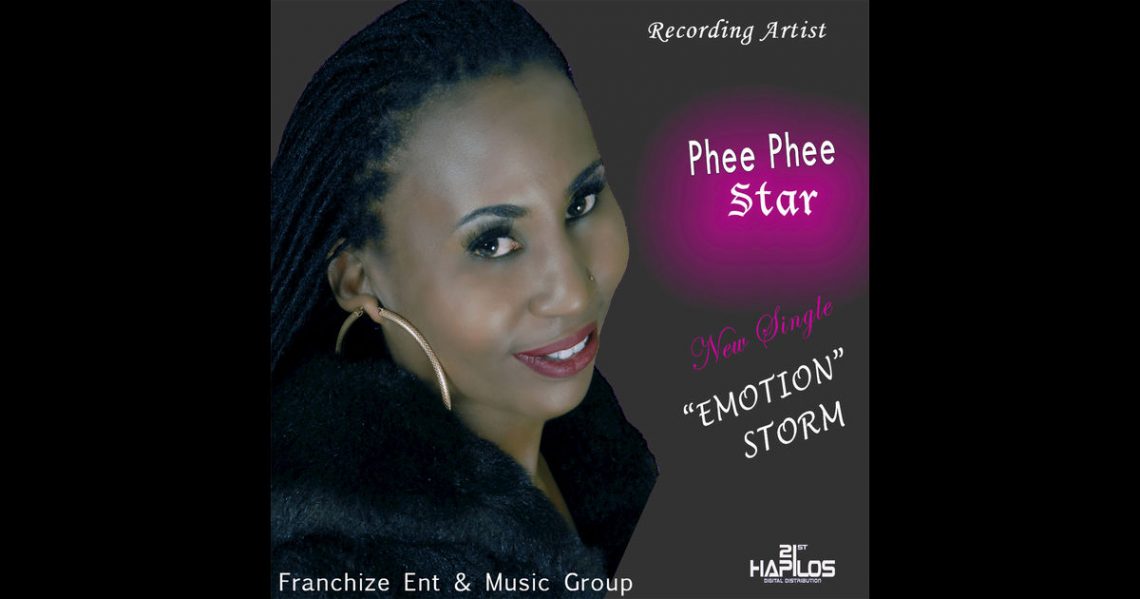 Pheona Parchment AKA Phee Phee Star has her sights firmly set on becoming a global super star – educating through entertaining. Specializing in reggae and dancehall Phee Phee however, is not limited to those genres and loves to experiment with various styles and sounds.

Raised as a Seventh Day Adventist her faith is integral to the message and the music as Phee Phee seeks to honour the Creator and Highest Supreme Being.

Growing up the young Phee Phee was inspired by Anita Baker, Regina Belle and Jeffery Osborne and when she won her high school singing competition with a Mariah Carey cover it cemented her desire to entertain and perform.

Phee Phee’s undivided attention was lavished on her two children as they grew up so the performance side of her career was set aside but she never stopped writing and as the children grew up, Phee Phee again began performing. She staged regular cabaret shows and performed as a one-man-band at a popular beach resort in her native Negril.

A seasoned and confident performer Phee Phee has shared stages with some of the greats including Teflon, Spice, Beanie Man, Warrior King, Yellow Man and Luciano.

In 2012, Phee Phee starred in and co-wrote the Richard Brown movie ‘One By One’.

Phee Phee says ‘my passion for music is tremendous and natural – I’m just naturally driven by music. It’s difficult to explain but it is a natural urge to express, entertain, educate and fulfil a destiny that is within me’. She lives by the mantra ‘Be authentic, believe, love and respect yourself’ and says this will help one to love and appreciate others. ‘Dream BIG with confidence and see what happens’.