https://www.youtube.com/watch?v=_JkLxIkRxLs        Tonight I Give In

STREAM – 1.) Steady flow of water or other liquid. 2.) Moving continuously in a line or particular direction. A STREAM is a natural resource that flows from the Earth. It derives from a spring and journeys to the rivers – the ultimate destination the oceans of the globe.

Nateesha started singing at the tender age of thirteen and began performing locally as part of the girl group trio DA-NA-TE. As a young teen the multi-talented Nateesha also dabbled in modelling and acting – a natural performer. Nateesha recorded her first song ‘My Friend’ at only 18 years old – she knew then this was her calling. Nateesha worked with the all-female group the ‘Rastarines’ for several years until she decided to follow her own star.

Several major solo performances quickly followed; some of her most memorable showcases include East Fest, Reggae Sumfest and Rebel Salute. She has featured on a Jamaican national TV charity telethon and her performances ion Belize resulted in rave reviews.

Nateesha’s style is similar to Toni Braxton, whom she considers and influence along with others including Anita baker, Teddy Pendergrass and Alton Ellis.

In 2008 Stream released several singles for the House of Hits record label including ‘Fuss Nor Fight’, ‘In the Ghetto’, ‘Holding On’ and ‘Sisters’ – the latter of which is destined to become a symbol of strength for young women across the globe. Collaborations followed and Stream is featured on Gyptian’s album ‘My Name is Gyptian’ on the track ‘Holiday’.

Because of her ability to inject soulful realness into her music the Jamaican music industry embraced Stream to the fullest and rewarding her songs with constant rotation on every major radio and music video cable station including HYPE TV and MD TV.

With management under Nyah Bless Music since 2017, the talented songstress is moving in a positive direction.

Nateesha describes herself as ‘a Nu-Root Rasta, one that sticks to and will never forget the fundamentals of my culture’. Her sound will seek to illustrate a new vibe, a new beginning and spark the growth of Nu-Root.

Stream – the next great thing to flow from the rocky springs of Jamaica. 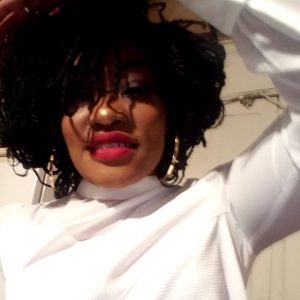 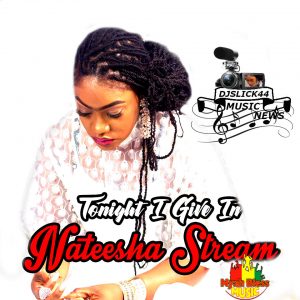